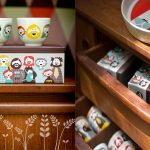 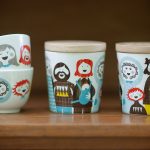 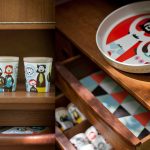 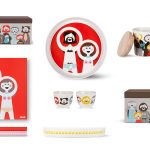 This was the first Familjen range from Isak. Since then, we have launched a new Familjen series with a bit more edge. The inspiration to the original Familjen range came from our grandparents.

Late summer tanned from lake swims and blueberry lipped from a wild morning snack, Torsten and Singoalla also make pine needle love on a moss clad rock. They have spent their summer chanterelle picking, lingonberry pickling and pike perch fishing and are now cooking up a feast of foraged goodness, to be enjoyed with a small glass of home made apple and dandelion wine.  The end of summer is the time for the big family reunion; the songs and laughter of the homecoming will echo through the night and long into the morning.